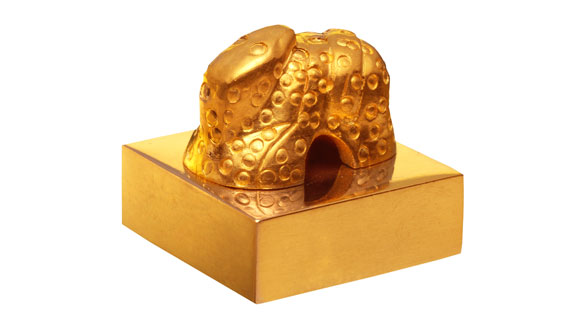 Hanko is said to have those origins in the Mesopotamian region more than 5000 years ago. The hanko used at that time were made of stones and gems.
It spread around the world and were introduced to Japan through China. The oldest hanko in Japan is a golden hanko found in Kitakyushu. At first, it started to be used as a public seal of the government and local rulers, and in the Heian and Kamakura periods, the custom of using a personal seal became established.

People use the hanko like a signature. There are a variety of uses, such as signing official documents, opening a bank account, and various business. We recommend katakana hanko for people from abroad living in Japan. Since katakana is a phonetic alphabet, it does not have a meaning like kanji, but it is suitable for personal identification.